Paving operations on the southbound right lane of the U.S. 1/Roosevelt Expressway viaduct over SEPTA and the Nicetown neighborhood of Philadelphia (see below) are nearing completion as PennDOT’s $90 million rehabilitation of the mile-long structure moves to the northbound side for Stage 4 construction next spring. 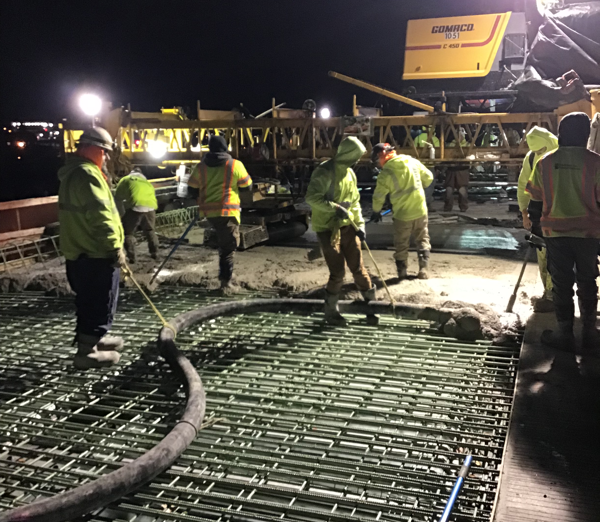 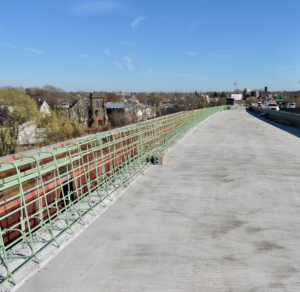 Construction of a steel-reinforced parapet (see right) continues along the west side of the bridge and will be completed prior to the shift to the next stage.

Repairs to the deteriorated concrete support columns will continue, along with the replacement of the bridge’s bearings – where deck beams rest atop support piers. 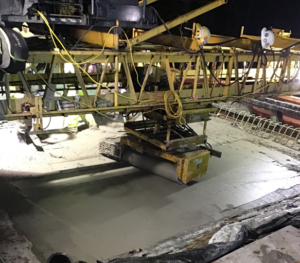 In addition to the viaduct, repairs and painting of the structural steel components continue on the Fox Street bridge over the expressway south of the main viaduct.