With construction of the southbound side of the U.S. 1 (Roosevelt Expressway) viaduct over SEPTA and the Nicetown neighborhood of Philadelphia completed in mid-March, the contractor shifted operations to the northbound lanes and began Stage 4 of PennDOT’s $90 million project to rehabilitate the mile-long structure. 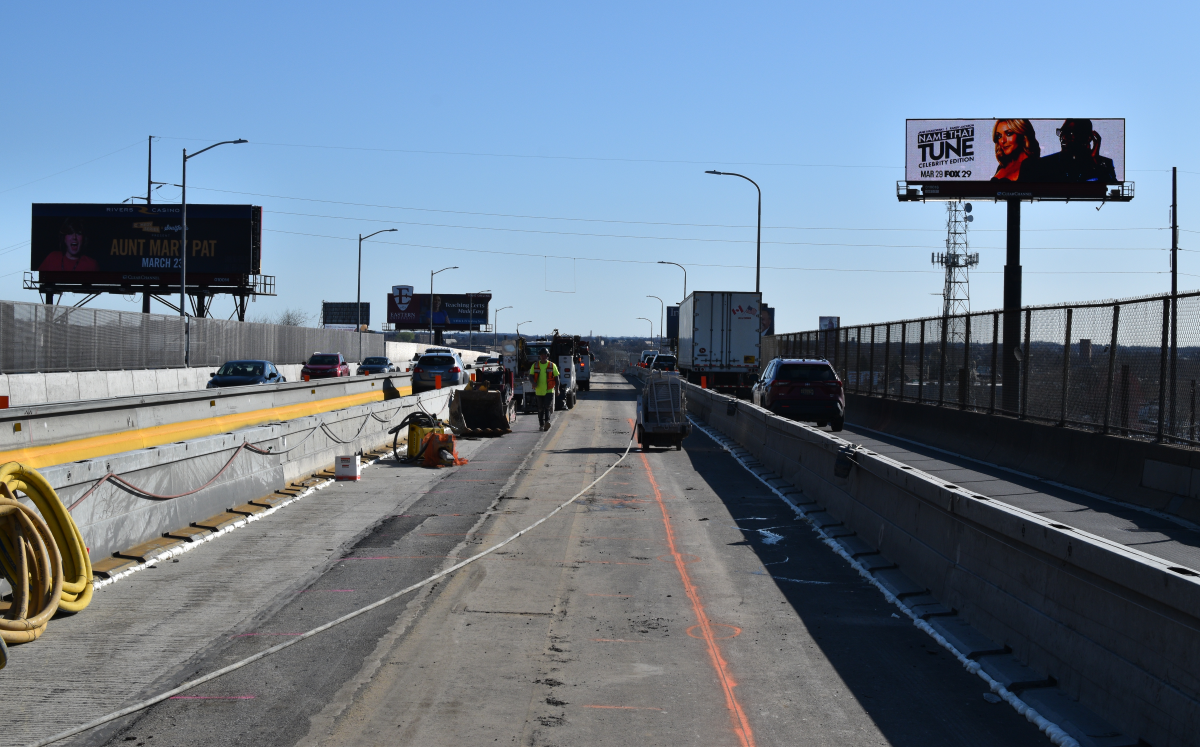 Stage 4 construction will rehabilitate the inner northbound lane of the northbound structure (see above). The removal of the existing concrete bridge deck began in March and will finish this spring.

In addition, sign removal and installation that is part of the project will get underway this summer at several locations. Northbound and southbound U.S. 1 (Roosevelt Expressway) south of the viaduct will be reduced from three lanes to two at two separate locations in each direction between Interstate 76 and the Wissahickon Avenue/Hunting Park Avenue Exit for approximately two months when this work begins. 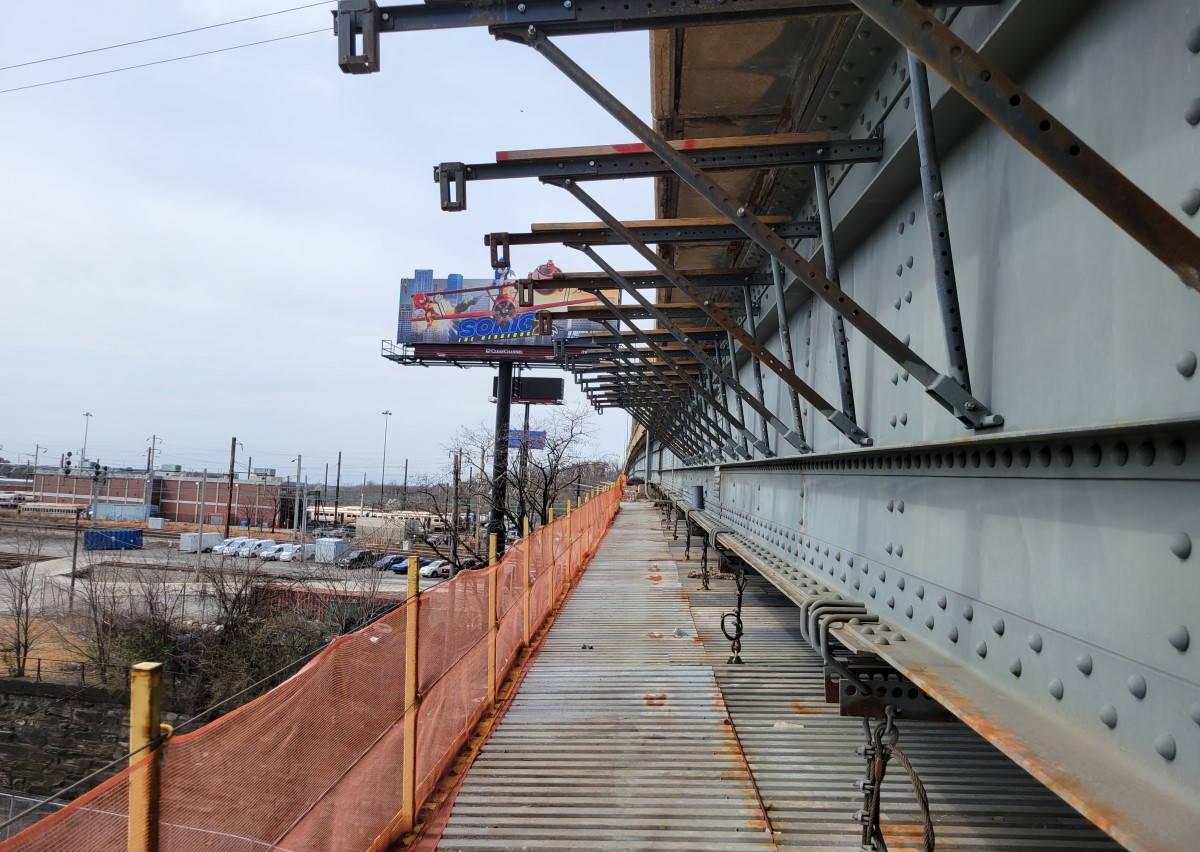 Beneath the viaduct, crews will continue to refurbish and replace the bridge’s structural components for the section of the viaduct that is currently under construction (see above). Painters are sandblasting and priming the Stage 4 area from underneath as well. 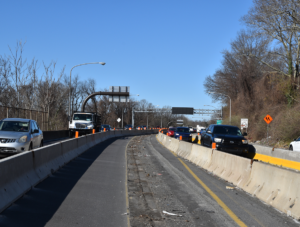 In addition to the viaduct, repairs and painting of the structural steel components continue on the Fox Street bridge over the expressway south of the main viaduct.

Current construction is the fourth of six stages of repairs being completed to rehabilitate the 2,587-foot-long viaduct. The entire project is scheduled to be completed in spring 2024.