Rehabilitation continues on the U.S. 1/Roosevelt Expressway viaduct over SEPTA and the Nicetown neighborhood of Philadelphia with paving underway this fall on the outer southbound lane of the half-mile-long structure.

Since starting the current phase of the project (Stage 3) earlier this year, the contractor has removed the original concrete deck and began refurbishing, repairing, and repainting the viaduct’s structural components. 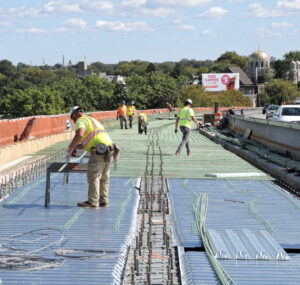 Iron workers then installed reinforcing steel (rebar) (see above, right) for the bridge’s new deck. As rebar placement continues heading north-to-south, the contractor has started placing the new concrete deck in sections for the new southbound right lane in a process that is expected to be completed by next spring.

Repairs to the deteriorated concrete support columns will continue, along with the replacement of the bridge’s bearings – where deck beams rest atop support piers.

Two lanes of traffic will be maintained on the northbound side while southbound traffic will be shifted to two lanes in the median area during peak travel times for Stage 3 construction. 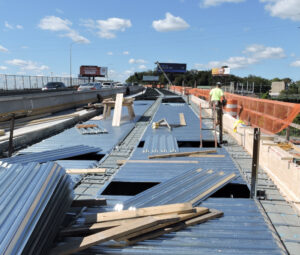 Work also continues on replacing 24 existing sign structures and adding six additional signs at the approaches to the project.

In addition to the viaduct, repairs and painting of the structural steel components (see below) on the Fox Street bridge over the expressway south of the viaduct continues. 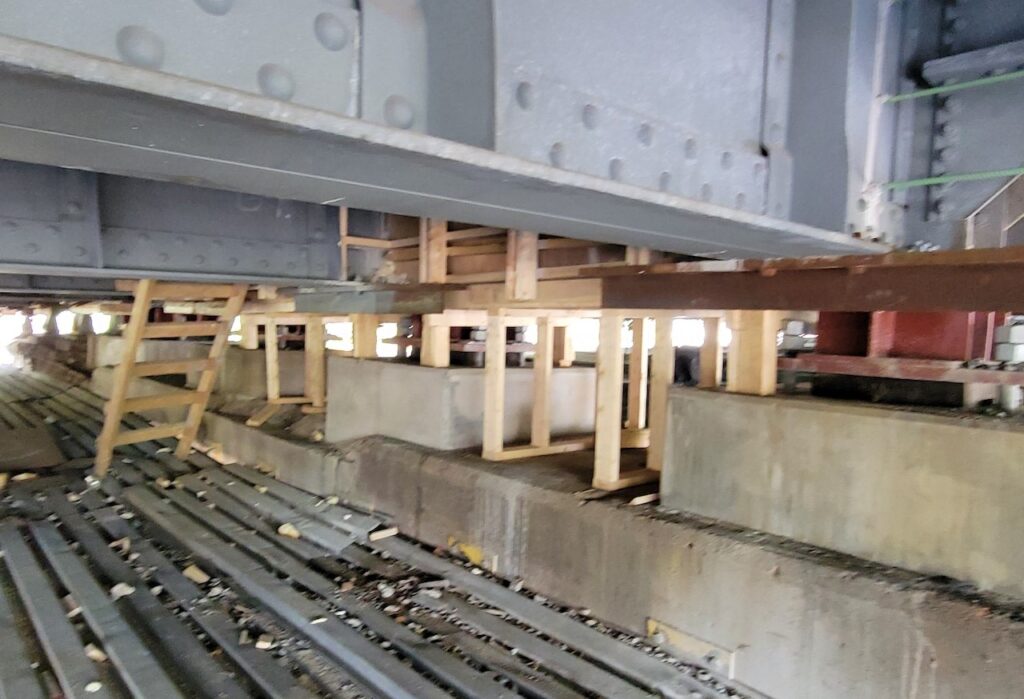