Stage 5 construction continues this winter as workers rehabilitate the outer northbound lane, shoulder, and parapet of the U.S. 1/Roosevelt Expressway viaduct over SEPTA and the Nicetown neighborhood in Philadelphia. Stage 5 is the second-to-last stage of PennDOT’s $90 million project to rehabilitate the mile-long structure. 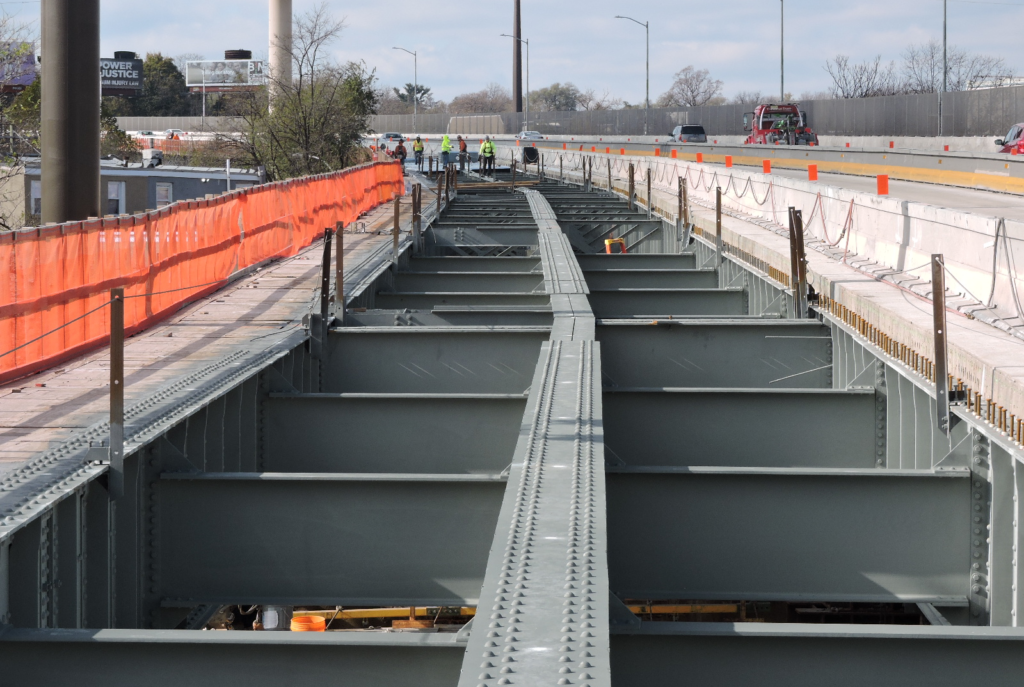 This fall, the construction team removed the outer northbound lane, shoulder, and parapets, and continued repairing the structural components while painters on the underside of the bridge continued applying the primer coat to the viaduct’s steel (see above).

Crews are now placing the new concrete deck in sections of the outer northbound lane and shoulder (see below) as conditions permit. 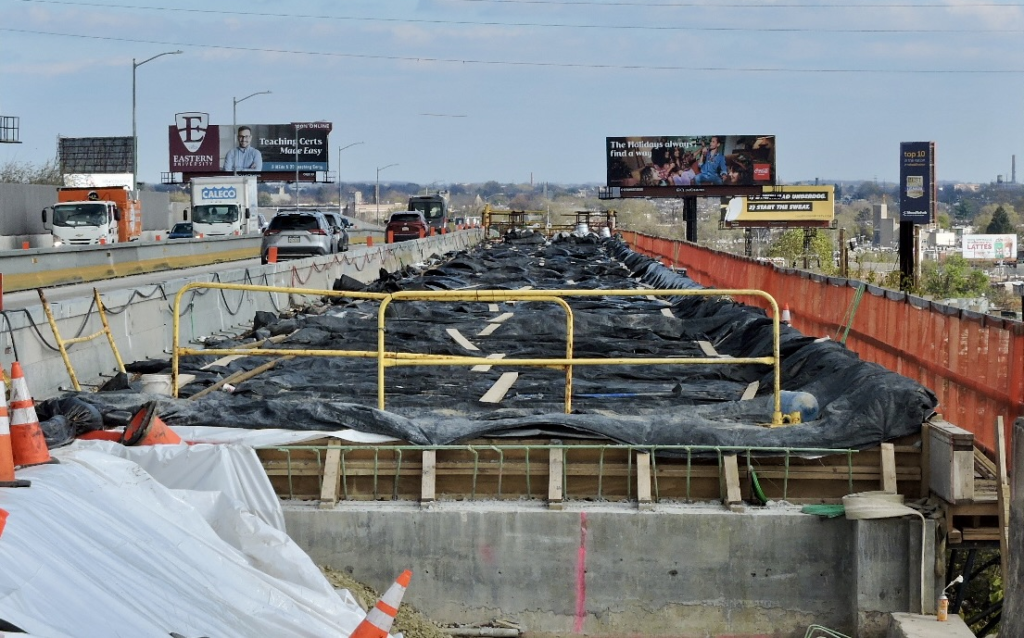 Stage 5 construction is anticipated to be completed in May 2023.

Following the completion of Stage 5 construction, the contractor will begin Stage 6, the final stage of the project. Stage 6 will move all traffic to the rebuilt travel lanes while workers install a new median barrier on the viaduct. 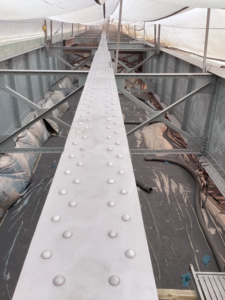 The contractor has installed most of the contract’s new sign structures, including replacement highway signs on and near U.S.1 and several large electronic message boards that are used to communicate with motorists installed along regional highways.

In addition to work on the viaduct, repairs and painting of the structural steel components are nearing completion at the Fox Street bridge over U.S.1. Repair of the overpass’s abutments and its structural steel and installation of a new water main have finished. Final paving on the bridge and its adjacent intersections and service road will be done this spring along with installation of ADA sidewalk ramps and application of the bridge’s final paint coat.

Current construction is being completed under a $90 million contract to rehabilitate the 2,587-foot-long viaduct. The entire project is scheduled to be completed late next summer.