The contractor this summer concluded Stage 4 construction and began Stage 5 work this fall to rehabilitate the outer northbound lane and parapet of the U.S. 1/Roosevelt Expressway viaduct over SEPTA and the Nicetown neighborhood in Philadelphia. Stage 5 is the second-to-last stage of PennDOT’s $90 million project to rehabilitate the mile-long structure. 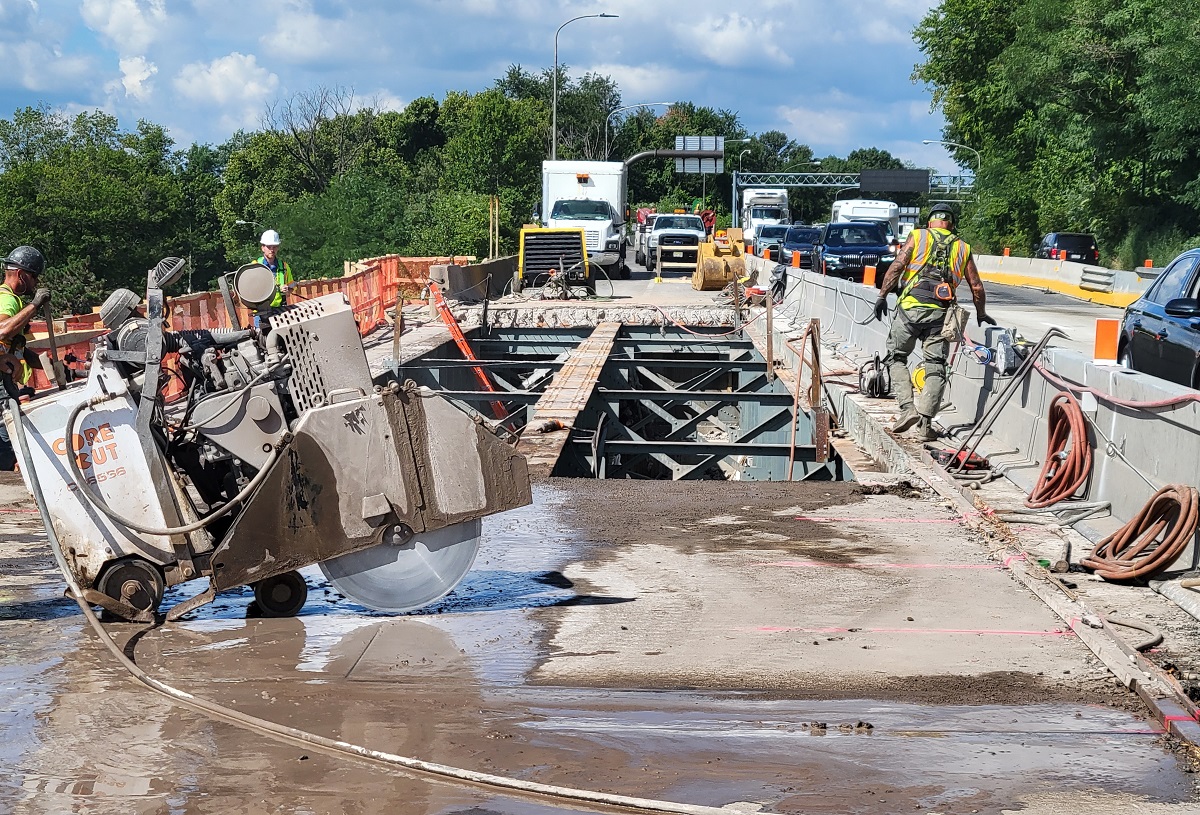 During Stage 5 construction, workers will remove the northbound outer deck (see above) and parapets to allow access to the structural steel while working in tandem with crews as they rehabilitate and repaint the bridge’s structural components (see below-right). That section of the viaduct will then be paved with a new concrete deck.

Stage 4 construction included the rehabilitation of the inner northbound lane and northbound side of the median, repairing and repainting the bridge’s structural components, and placing a new concrete deck and median. 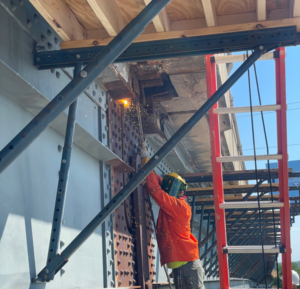 Stage 5 construction is anticipated to be completed in May 2023.

Following the completion of Stage 5 construction, the contractor will begin Stage 6, the final stage of the project. Stage 6 will move all traffic to the rebuilt travel lanes while workers install a new median barrier on the viaduct.

In addition to work on the viaduct, repairs and painting of the structural steel components continue at the Fox Street bridge. Major items of work remaining on Fox Street are: ADA ramp installation, repair of deteriorated abutment concrete, structural steel repairs, tying in the new water main to the existing water main, and paving the bridge and intersections on both sides. 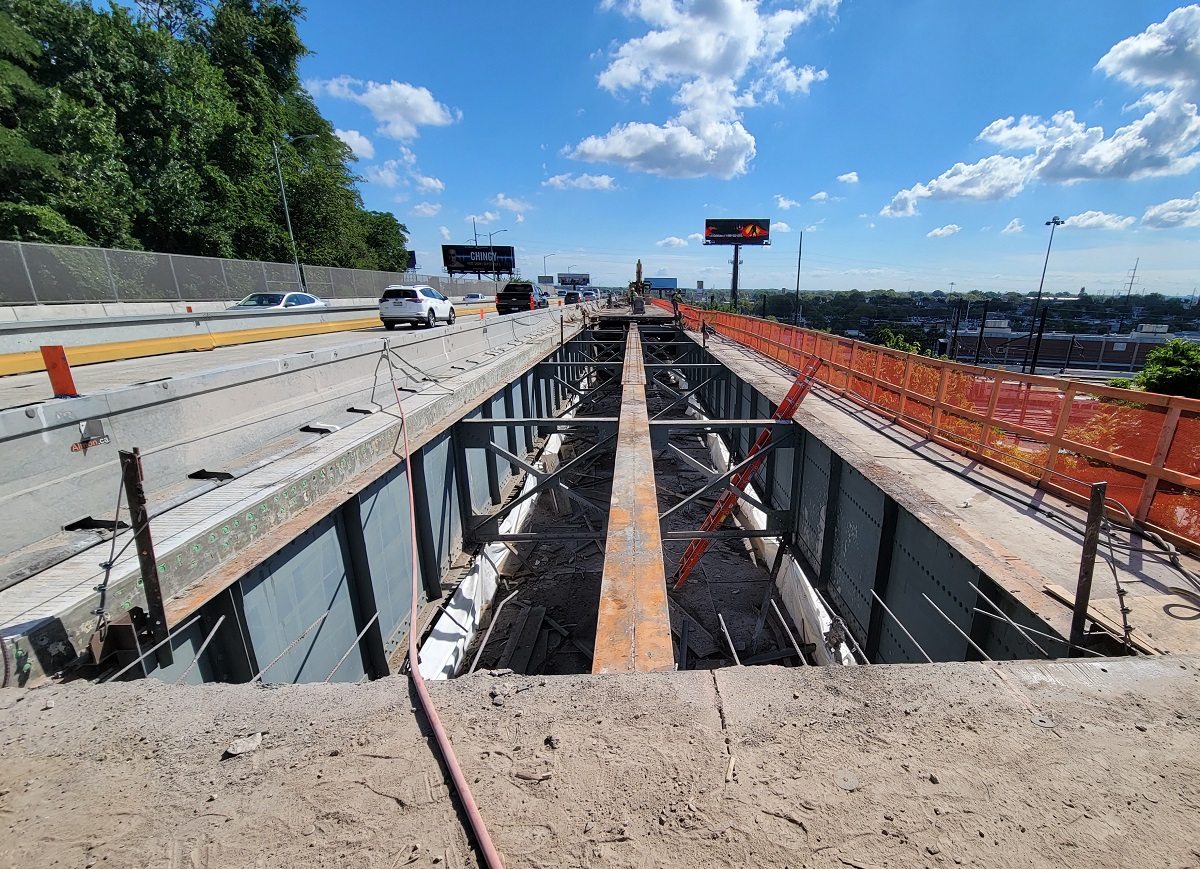 Current construction is being completed under a $90 million contract to rehabilitate the 2,587-foot-long viaduct. The entire project is scheduled to be completed in spring 2024.