Spring 2020 – Work resumed in late April on the rehabilitation and reconstruction on the U.S. 1/Roosevelt Expressway viaduct rehabilitation project in North Philadelphia.

Work on this project will be done in accordance with Centers for Disease Control and state Department of Health guidance as well as a project-specific COVID-19 safety plan, which will include protocols for social distancing, use of face coverings, personal and job-site cleaning protocols, management of entries to the jobsite, special signing, and relevant training.

Crews have removed the concrete deck from the entire middle section of the long structure that runs between the Wissahickon Avenue/Germantown Avenue and Broad Street exits of the expressway. With the deck removed, workers are systematically repairing, repainting and re-decking the middle of the viaduct under the first major stage of the project. 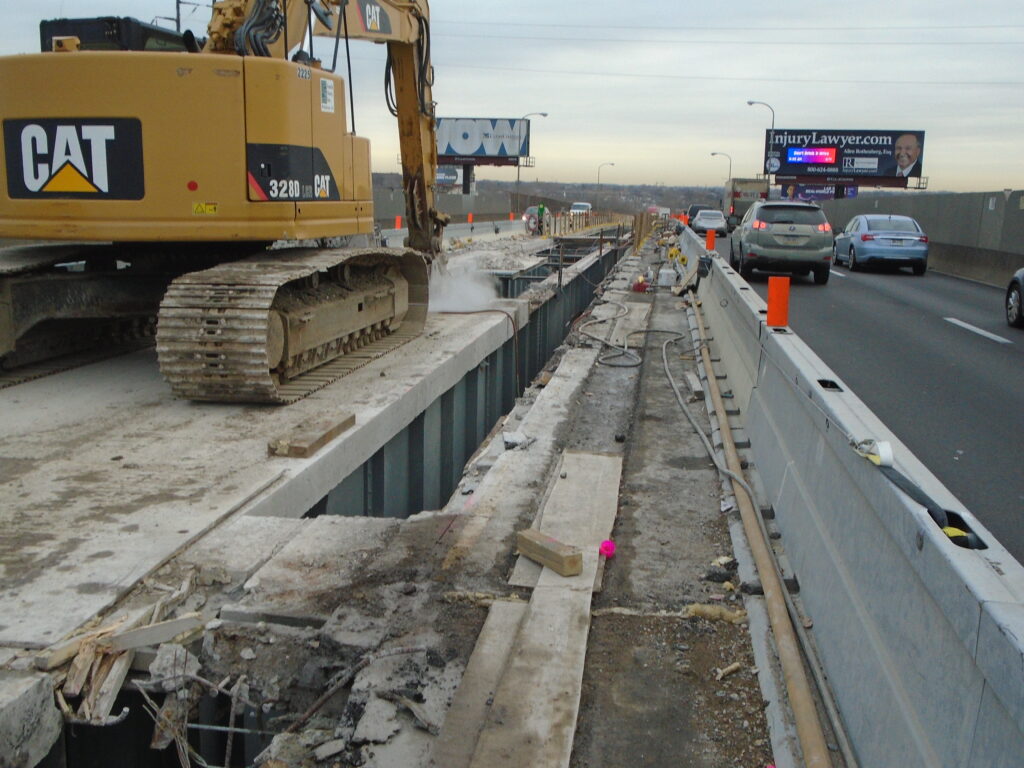 Work on the top side is proceeding in tandem with painters on the underside of the viaduct who are removing the existing paint and placing a primer coat on the steel members. A finish coating will be applied to the entire underside of the structure during the final stage of the project. 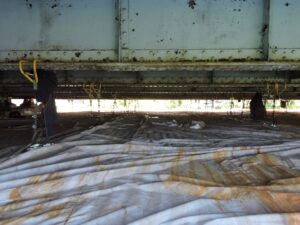 Shielding, which provides a platform for underside repairs and painting and prevents construction debris from falling to the ground, is in place under the entire structure. The shielding and the rest of the viaduct’s underside is enclosed, and an industrial vacuum system is in use to prevent dust from the repair and painting operations from entering the air outside the enclosure.

Repairs also continue on dozens of concrete columns that support the half-mile long structure that carries traffic over Germantown Avenue, Wayne Avenue and other streets in the Nicetown neighborhood.

In addition to the viaduct, painting of the structural steel is now underway on the Fox Street bridge over the expressway south of the viaduct.  As part of the repairs to this structure, gas and water lines carried under or adjacent to the overpass will be relocated beginning this spring.

When topside median work finishes in late summer with a new concrete deck in place in the center of the highway, the project will advance to the next two stages of construction to rehabilitate the southbound side of the viaduct. Stages 2-3 will take approximately fifteen months to finish before work moves to the northbound side of the viaduct for Stage 4 construction in late 2021. 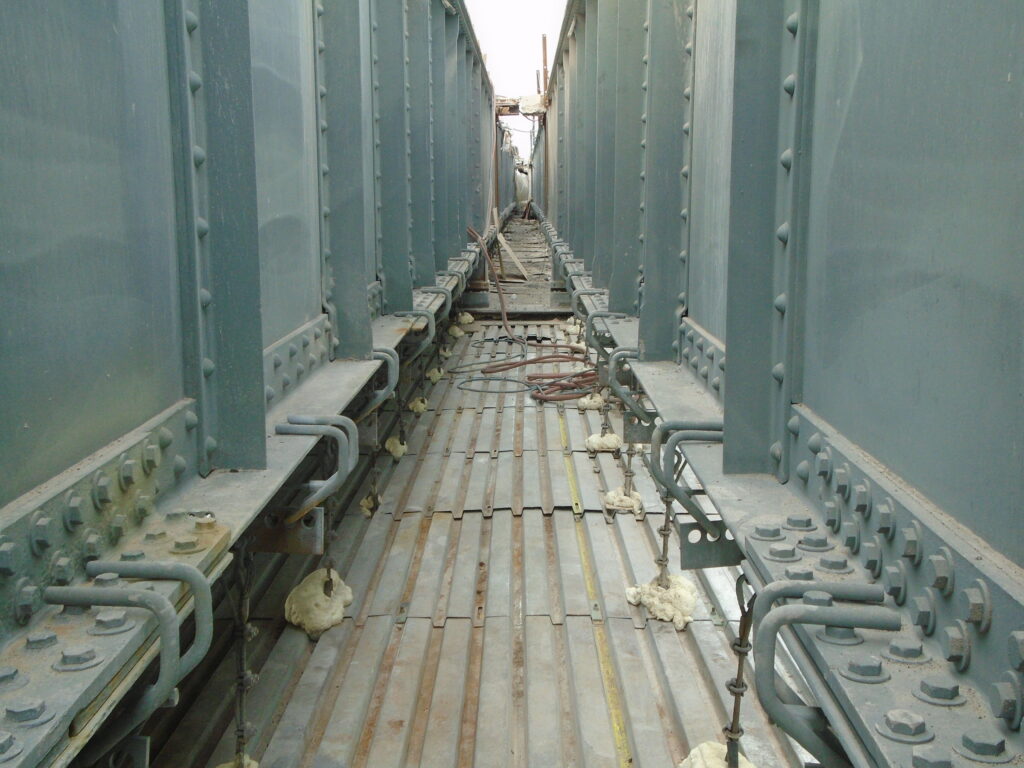