Winter 2020-21 – Rehabilitation and reconstruction of the center section of the U.S. 1/Roosevelt Expressway viaduct over SEPTA and the Nicetown finished in late fall and work has shifted to the southbound left lane for approximately six months. 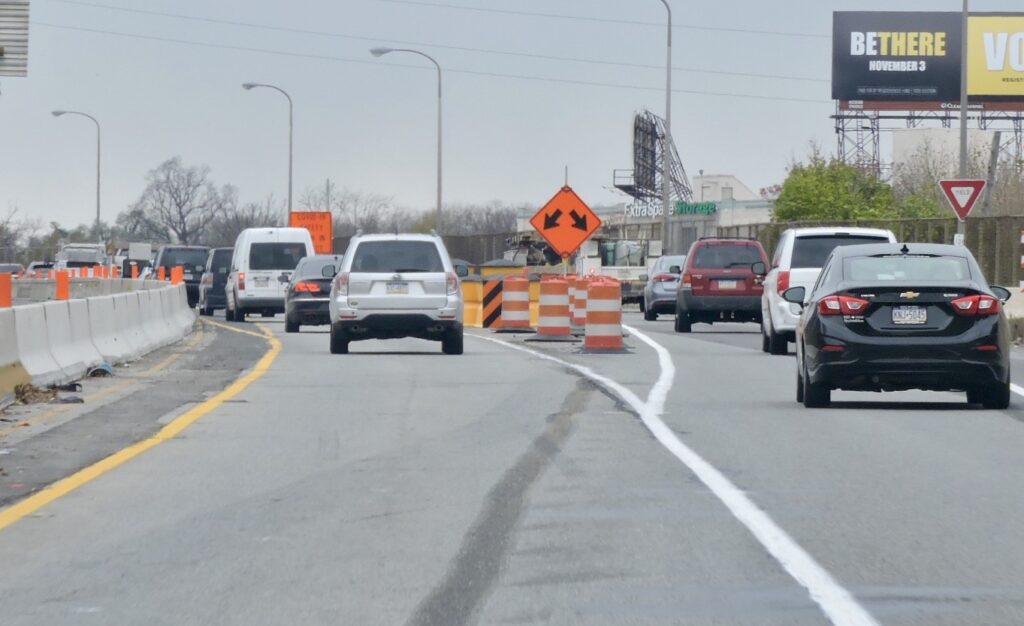 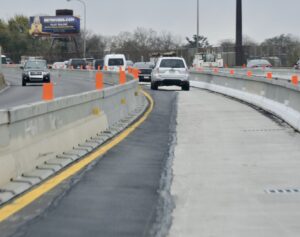 With a new traffic pattern in place (see right) that splits two lanes of southbound traffic through the work area, crews are removing the existing concrete deck to expose the viaduct’s structural components. Those components will be refurbished, repaired, and repainted over the coming months. Then new concrete pavement will be placed to complete work on that specific section of the viaduct before work shifts to the southbound left lane in mid-2021.

Work on the top side is proceeding in tandem with painters on the underside of the viaduct who will place a primer coat on the refurbished steel members. A finish coating of paint will be applied to the entire underside of the structure during the final stage of the project. 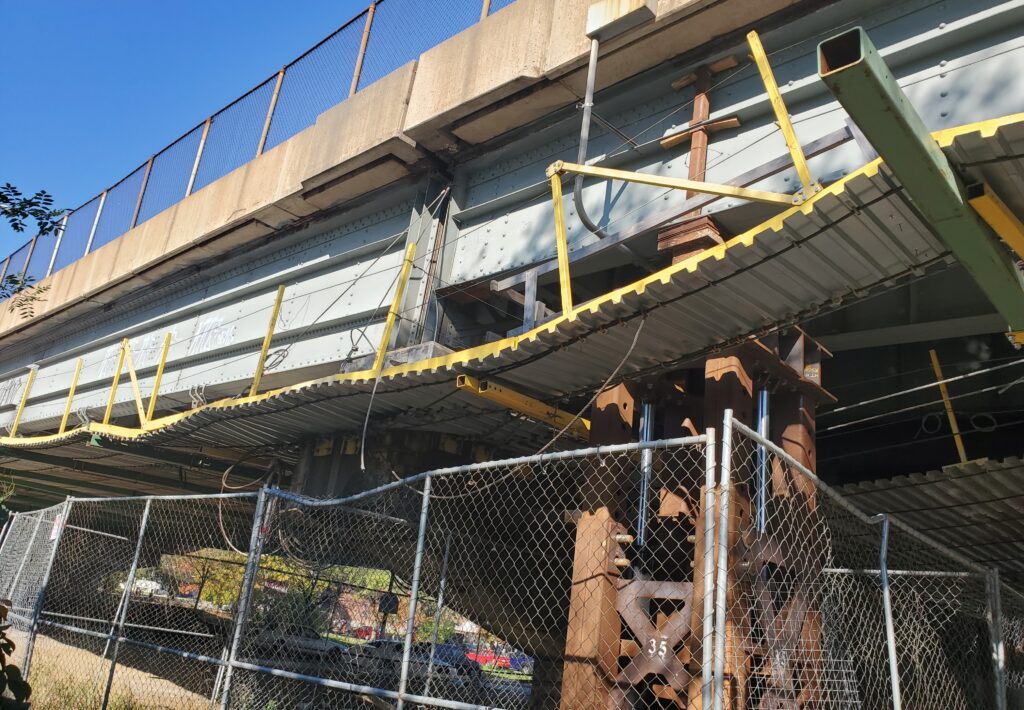 At ground level, dozens of concrete columns that support the half-mile long structure that carries traffic over Germantown Avenue, Wayne Avenue, and other streets in the Nicetown neighborhood have been refurbished (see above). 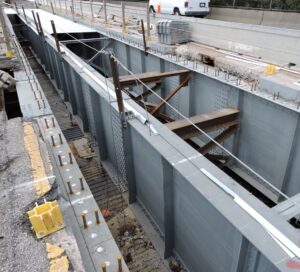 In addition to the viaduct, painting of the structural steel on the Fox Street bridge over the expressway south of the viaduct has finished. A water main carried under or adjacent to the overpass remains to be relocated prior to repairs to the bridge being completed.

Current construction is Stage 2 of six stages of repairs being completed under a $90 million contract to rehabilitate the 2,587-foot long viaduct. The entire project is scheduled to be completed in 2023.