Shift to Next Construction Stage (5) Later This Summer

Workers completed the removal of the existing concrete deck (see below) and rehabilitation of the viaduct’s structural steel and this summer are placing deck concrete in the left northbound lane of the U.S. 1/Roosevelt Expressway viaduct over SEPTA and the Nicetown neighborhood in Philadelphia, as part of Stage 4 of PennDOT’s $90 million project to rehabilitate the mile-long structure. 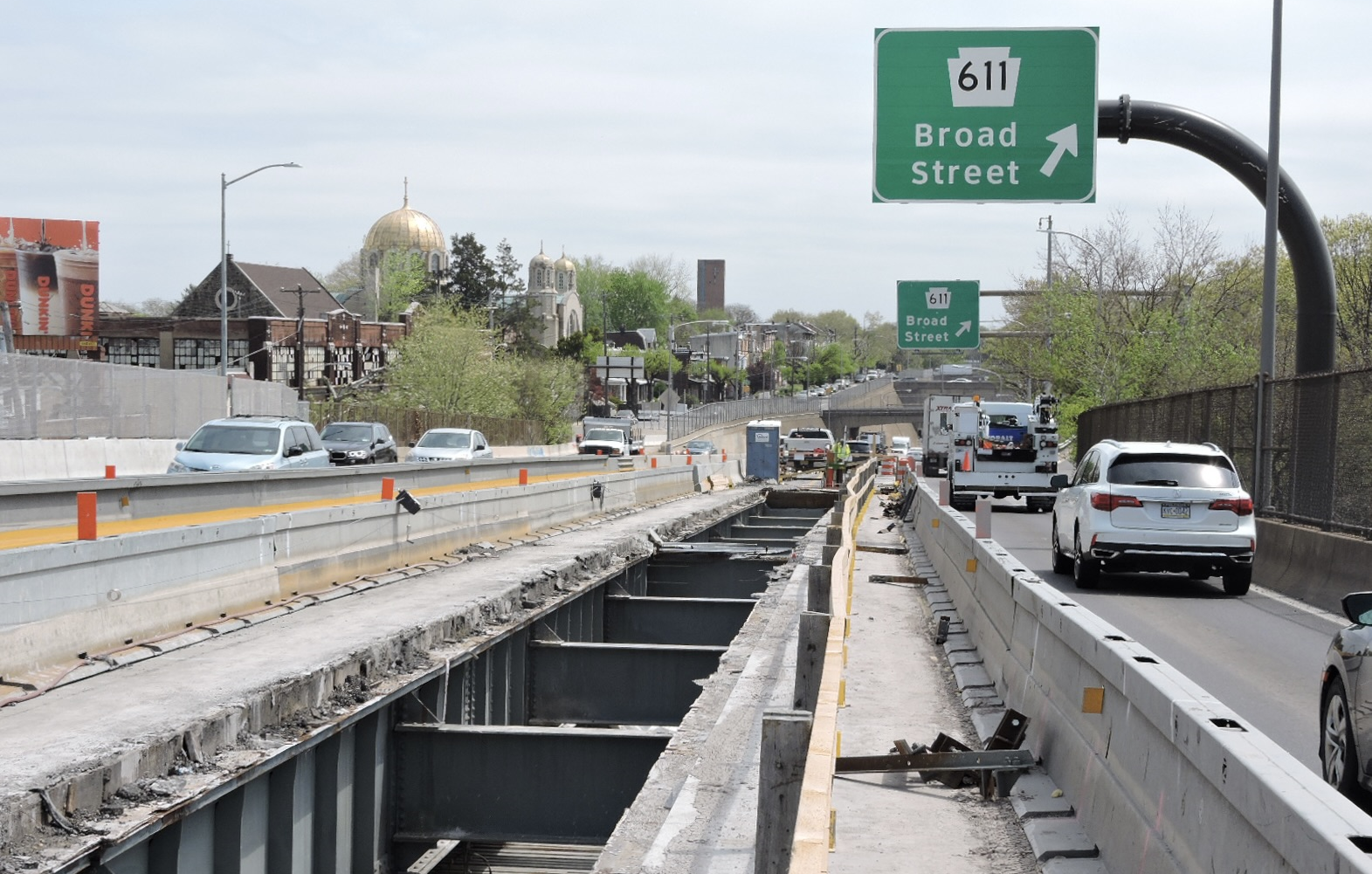 Working in tandem with the crews above, workers on the underside of the bridge continue rehabilitating and painting the bridge’s structural components as crews on the topside are working south-to-north placing the new concrete deck pavement.

Stage 4 construction is expected to be completed by early August. It will be followed by setting a new traffic pattern for Stage 5 construction to rehabilitate the right/shoulder lane northbound along with the northbound parapet. 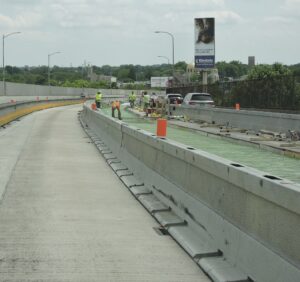 In addition to work on the viaduct, repairs and painting of the structural steel components continue at the Fox Street bridge. Major items of work remaining on Fox Street are: ADA ramp installation, repair of deteriorated abutment concrete, structural steel repairs, tying in the new water main to the existing water main, and paving the bridge and intersections on both sides.

Current construction is in Stage 4 of 6 stages of repairs being completed under a $90 million contract to rehabilitate the 2,587-foot-long viaduct. The entire project is scheduled to be completed in spring 2024.