Rehabilitation of the southbound left lane of the U.S. 1/Roosevelt Expressway viaduct over SEPTA and the Nicetown neighborhood of Philadelphia was completed in late June and concludes Stage 2 construction. The contractor has begun preparations to rehabilitate the southbound right lane this summer, Stage 3 of the four-year project. 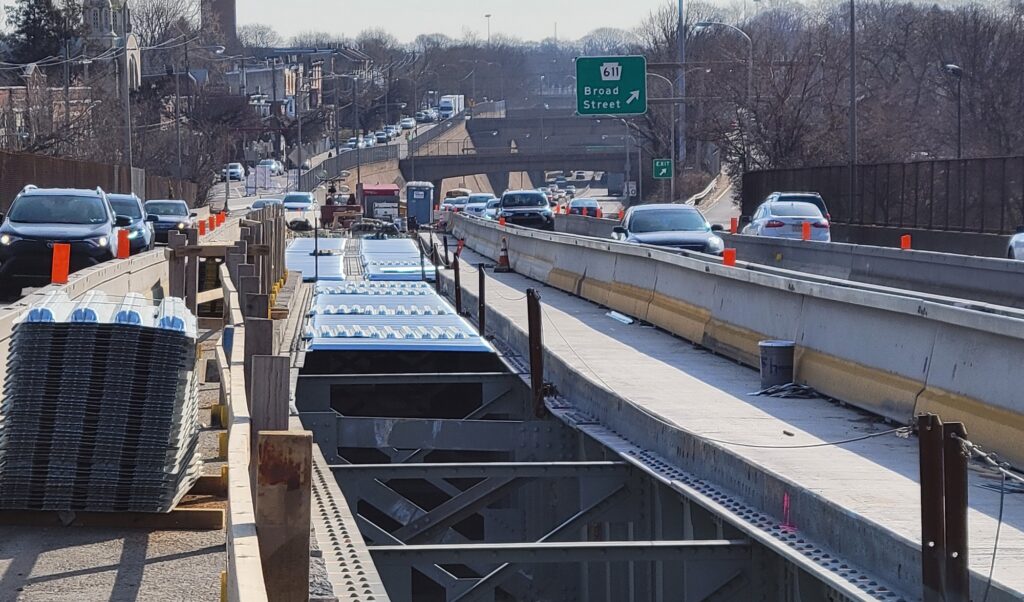 Stage 2 construction included removing and replacing the concrete deck, along with refurbishing, repairing, and repainting the viaduct’s structural components.

Two lanes of traffic will be maintained on the northbound side while southbound traffic will be shifted to two lanes in the median area during peak travel times for Stage 3 construction.

During Stage 3 construction, the contractor will remove the southbound outer deck and parapet as a separate construction crew works in tandem below to clean, refurbish, and repair or replace the bridge’s structural components. Repairs to the deteriorated concrete support columns will continue, along with the replacement of the bridge’s bearings – where deck beams rest atop support piers. The contractor will then place a new concrete deck and parapet on the southbound right lane.

Stage 3 construction is expected to be completed in spring 2022. 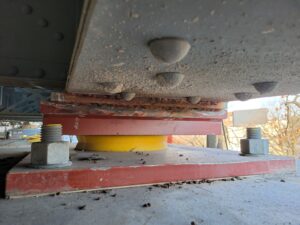 Work also continues on replacing 24 existing sign structures and adding six additional signs at the approaches to the project.

In addition to the viaduct, repairs and painting of the structural steel on the Fox Street bridge over the expressway south of the viaduct have finished.