Nighttime lane closures and traffic slowdowns will be in place periodically through the winter on U.S. 1 (Roosevelt Expressway) in both directions for construction on the Wayne Junction Viaduct over SEPTA tracks and the Nicetown neighborhood in North Philadelphia, the Pennsylvania Department of Transportation (PennDOT) announced today.

The schedule and locations are:

Traffic in either direction also may be slowed periodically for construction activities in the work area during the overnight hours. All activities are weather dependent.

Motorists are advised to allow extra time when traveling on U.S. 1 (Roosevelt Expressway) through the work area because slowdowns and backups may occur.

Work on this project will be in accordance with Centers for Disease Control and state Department of Health guidance as well as a project-specific COVID-19 safety plan, which will include protocols for social distancing, use of face coverings, personal and job-site cleaning protocols, management of entries to the jobsite, special signing, and relevant training.

The contractor is currently removing the existing pavement and rehabilitating the structural components on the viaduct’s southbound left lane under Stage 2 of the project.

South State, Inc. of Bridgeton, N.J. is the general contractor on the $90.7 million project which is financed with 80 percent federal and 20 percent state funds. The entire project is expected to be completed in late 2022. 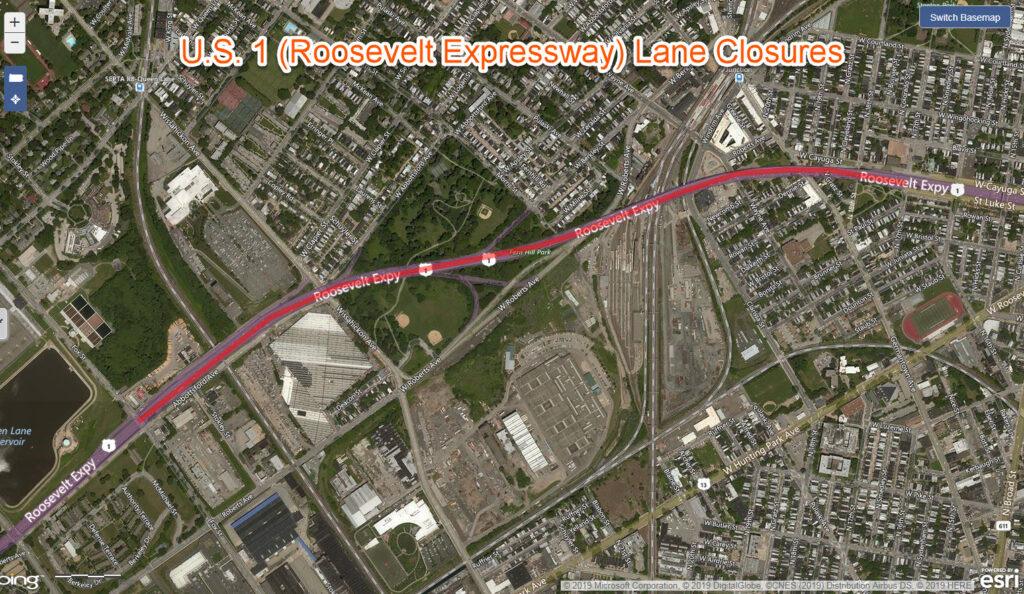