October 2019 — Reconstruction of the middle section of the U.S.1/Roosevelt Expressway viaduct between the Wissahickon Avenue/Germantown Avenue and Broad Street exits in North Philadelphia continues this fall. 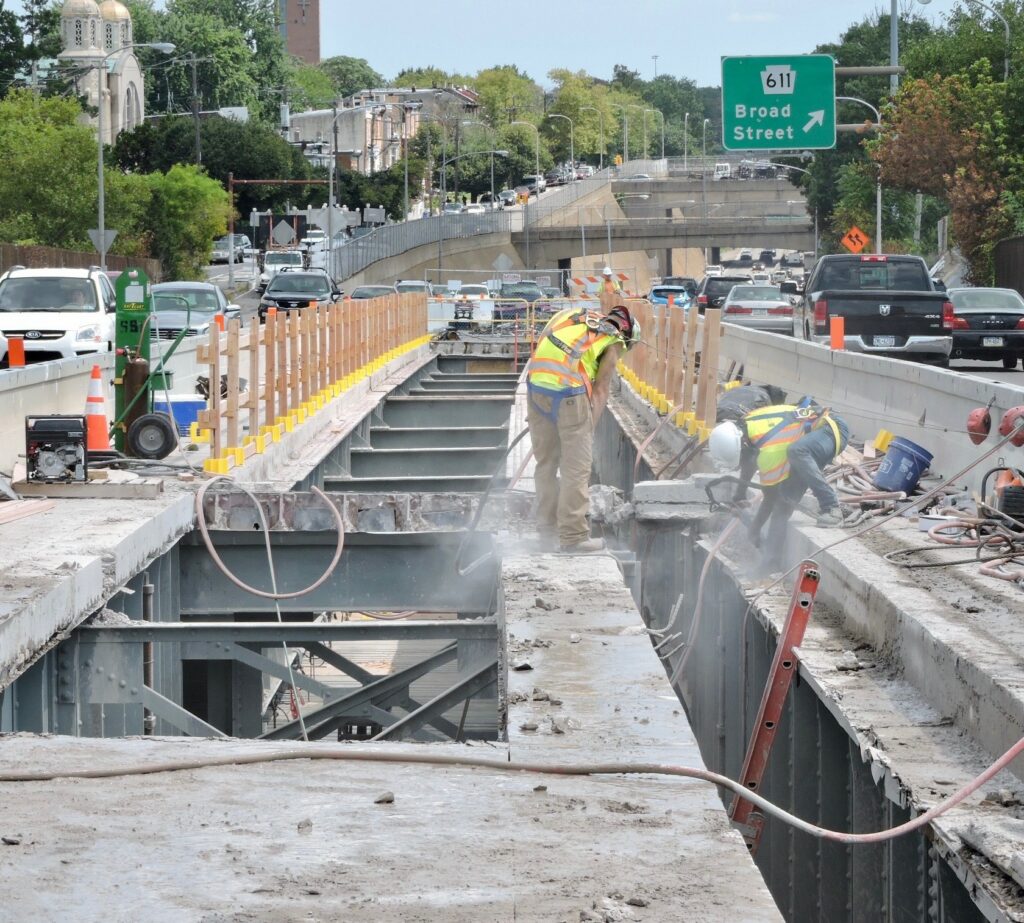 Crews are removing the existing concrete deck and repairing and cleaning the viaduct’s steel components across the top side of the structure, moving north-to-south working in tandem with painters on the underside of the viaduct. 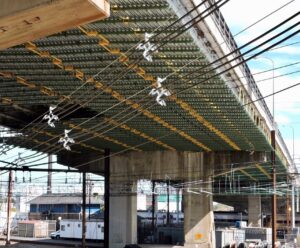 Shielding, which provides a platform for underside repairs and prevents construction debris from falling to the ground, will be in place under the entire structure by late October. The shielding is enclosed during cleaning and repainting of the steel superstructure to prevent dust from the repair and painting operations from entering the air.

At ground level, repairs are ongoing to dozens of concrete columns that support the half-mile long structure that carries traffic over Germantown Avenue, Wayne Avenue and other streets in the Nicetown neighborhood. 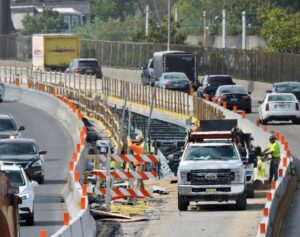 The Cayuga Street on-ramp to southbound U.S.1/Roosevelt Expressway remains closed. It was closed and detoured earlier in 2019 to allow two lanes of southbound traffic to move through the work are interrupted by the merge of on-ramp traffic during repairs to the viaduct.

Current construction is in Stage 1 of six stages of repairs being completed under a $90 million contract to rehabilitate the 2,587-foot long viaduct.

The entire project is scheduled to be completed in late 2022.