The Chestnut Street bridge over the Schuylkill River in Philadelphia was closed Monday night, August 5, for a year of construction to repair and redeck the 62-year-old eastbound connection between University City and Center City, the Pennsylvania Department of Transportation (PennDOT) announced today.

During the closure, motorists and cyclists heading east from West Philadelphia will be detoured north on either 38th Street, 36th Street or 33rd Street to east on Market Street, then across the river to 23rd Street.

Chestnut Street motorists in the vicinity of 30th Street also may turn left on Schuylkill Avenue to access either eastbound Market Street or John F. Kennedy Boulevard across the river to Center City.

An alternate detour for cyclists will be to take 38th Street or 34th Street south, turn left on Spruce Street, then east on South Street across the river to 22nd Street.

Pedestrians will be detoured to either the Market Street or Walnut Street bridges over the river.

Motorists are advised to use an alternate route or allow additional time for travel on I-76 near the work area because backups and delays will occur. All scheduled closures are subject to change depending on weather conditions.

Work on the two ramps has been completed. Construction will continue on the remaining five bridges and retaining walls through 2020.

In addition to repairing and repainting the steel superstructure and replacing the deck, improvements to the Chestnut Street Bridge also include:

The Chestnut Street Bridge over the Schuylkill River, which carries approximately 18,664 vehicles per day is expected to reopen in August 2020. The current bridge was built in 1957, replacing the original iron arch bridge that was built in 1912.

Buckley & Company Inc., of Philadelphia, is the general contractor on the project, which is financed with 80 percent federal and 20 percent state funds. More information is available at www.chestnutstreetbridges.com. 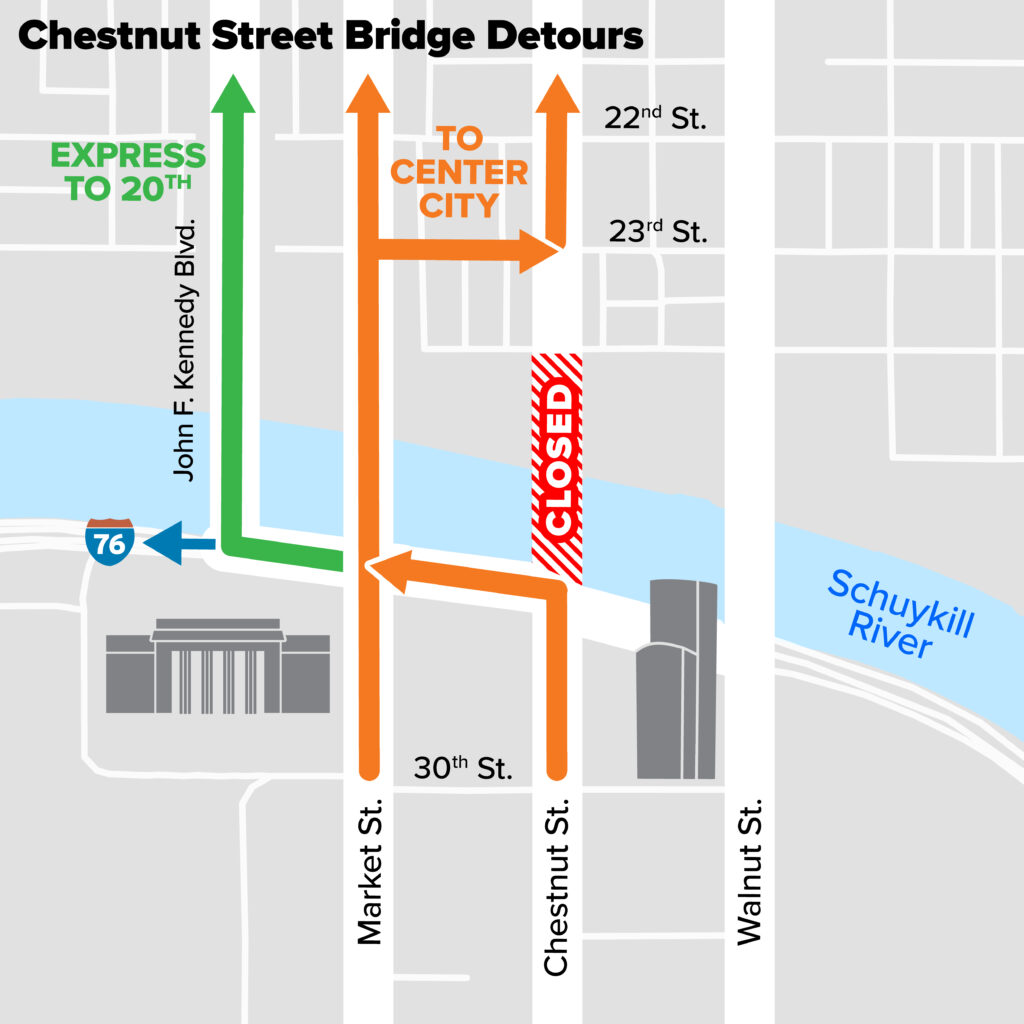 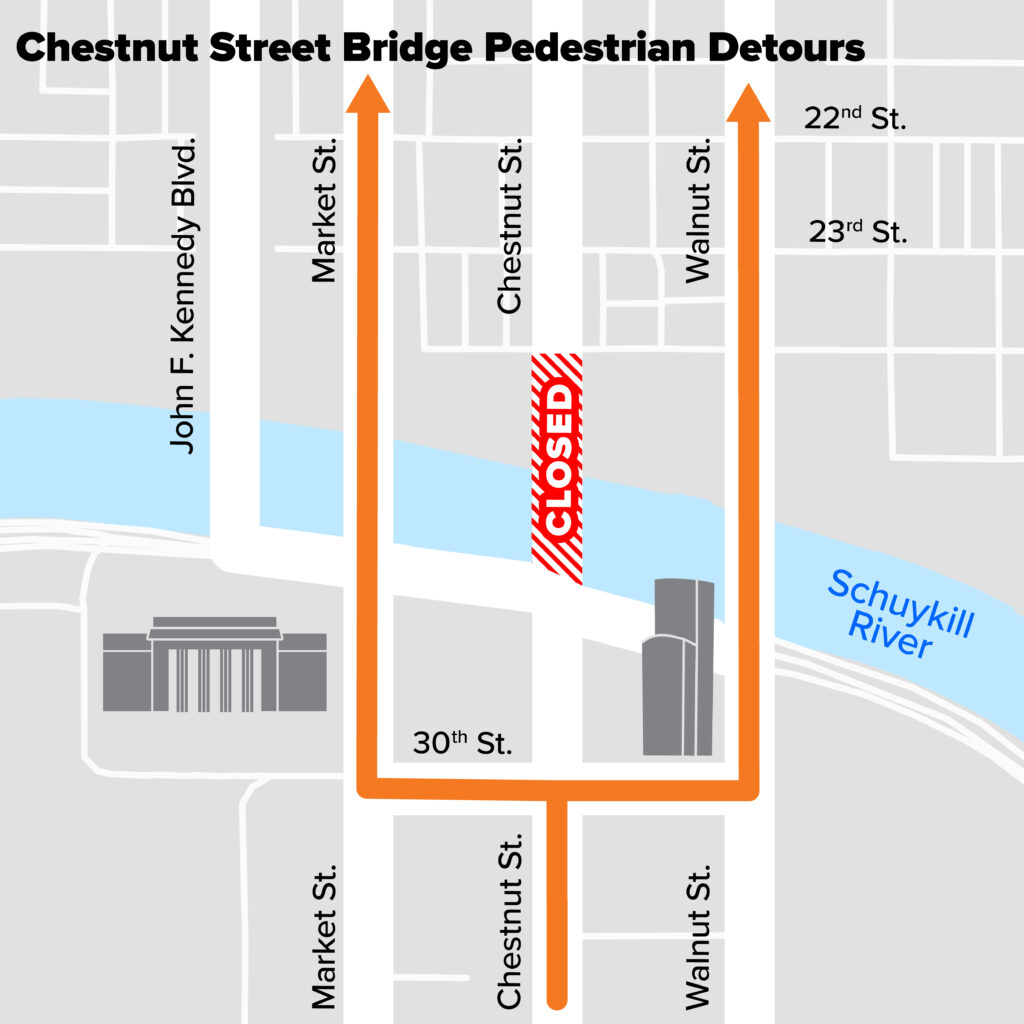